Every year our Minor League Baseball team, the Everett Aquasox, has a day when friendly, well behaved dogs are allowed into the ballpark. This is called Bark in the Park. I went last year for the first time and it was so much fun. We had such a great time that we decided to go every year.

We got there early this year to look at the vender booths before going into the stadium. First we had to buy the tickets. I hated waiting in the line but was so happy when we got to the ticket counter! 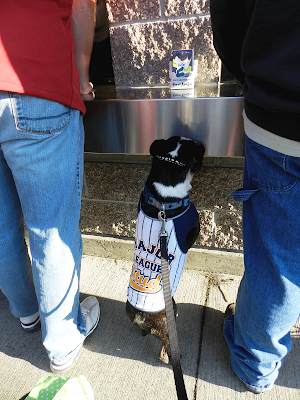 Here we are walking around to the different vender booths. 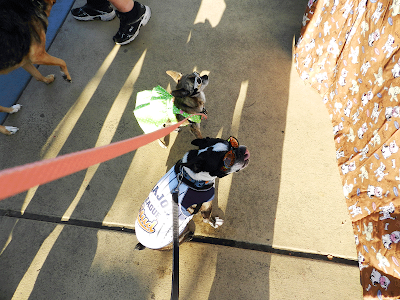 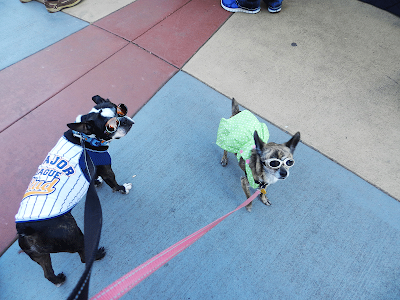 Then we went to our seats to wait for the game to start.

We had great seats right behind home plate and it was so much fun watching the game! 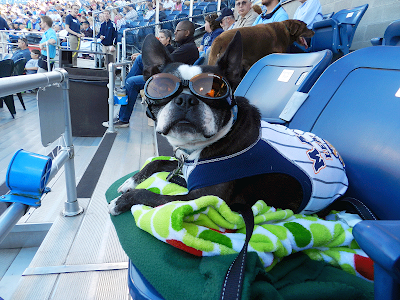 Sadie and I enjoyed getting treats from the people working at the stadium.

We also got to meet the team mascot Webbly

I had to watch the game so I could play my baseball bingo. I didn't want anyone to touch my bingo card.

Both Sadie and I got really tired as the game went later into the night, so we decided to take a little nap.

I was soon re-energized by the smell of food that the people behind us were eating.

It was such a great night! We had a good time even though we didn't win. Can't wait to go again next year!

I am in the Top 50 Northwest Dog Blogs