Bullying: It Needs To Stop

Normally I do the posts in Oscar's voice because it is his blog, but sometimes I talk through my perspective. Oscar and I are on a mission to do good in this world and we bring up topics about things that are going on. Today I'm going to talk about an issue that hundreds of thousands of kids and teens have to suffer from every year.

Bullying: It needs to end.

I know first hand what bullying can do to a person's self esteem. I was bullied and made fun of throughout school growing up. It changed the way I lived my life and I want to share my story about how my animals saved my life.

I had a normal childhood up until I was about 9 years old. I was happy, had lots of friends, and enjoyed having fun with my family even though I was always a little shy. 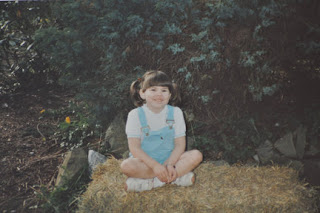 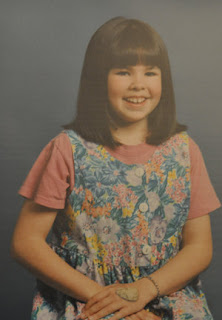 I started to get a pudgy, but not fat, around age 10. That's when the trouble started. 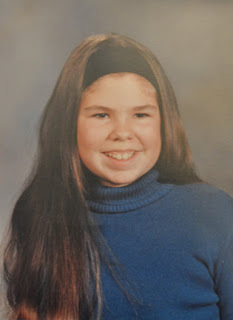 I had friends that started to say things about my weight. I shrugged it off with a laugh, but was crying on the inside. The popular boys called me names almost everyday when I walked in the classroom or was on the playground. I didn't want to go to school but I never told my parents why. I would stay home every chance I got and there were things my mom and dad didn't know about. Whenever I got sick, I would always lie about how I was feeling just to get out of school for a few more days. I would read my temperature from the thermometer back a few degrees higher than it was, just so I wouldn't have to go to school the next day. The subject of bullying wasn't as public as it is today, so I never really knew what to do about it. I also felt like I had no one to talk to, so all my feelings just grew inside of me. I don't know how I managed to get through my elementary school years and I thought things would get better once I entered into Junior High School. I was wrong.


The name calling stopped, but the effect it had stayed with me for many years to come. I was very self conscious about the way I looked and who I was. I constantly thought I was being watched and judged by the students around me. Why was I not good enough to have more than 7 friends at school. I was rarely ever invited to other's houses, not even for birthday parties. I was always picked last in gym class because no one ever wanted me on their team. I felt like an outcast and I didn't think there was anything I could do about it.


To make matters worse, I was constantly fighting with my mother about everything. I stayed in my bedroom most of the time I was at home. It was the only place I felt safe. I wrote my feelings in my journal every night because it was the one place that I could trust to say anything to. I felt like I had no control over my life and I was slowly losing it. I felt like I needed an escape from my pain, but I was afraid to talk to parents or even school counselors. I figured they would think I was crazy. I took to cutting my wrists because the pain from it covered the pain I was feeling inside, but only temporarily. Soon my parents found out what I was doing and had a serious talk with me. They told me I would have to see a therapist if I didn't stop. I said I wouldn't do it anymore and to this day, they still think I did. After that day I switched to cutting the bottom of my feet so that my parents wouldn't find out. I continued this, whenever I felt sad or depressed, for about a year. I finally realized that I wasn't doing myself any good my making myself bleed and I wasn't fixing the hurt I felt inside.


By the time I was in 9th grade I wasn't liking school any more than I did before. My grades were falling, my family life sucked, and I still didn't have a lot of friends. I started feeling like no one wanted to be around me because of my weight and I was more body conscious than ever. I didn't want to be an outcast anymore, I didn't want to be the last one picked for teams in gym or groups in other classes. Sometimes the teacher picked our groups and I could just tell that the others in my group really didn't want me there. Most of the time the others didn't even ask for my input and it made me more depressed because I felt like I wasn't needed. I longed to be needed by someone or something. When I was 16, I got my first Guinea Pig Zoe and a year later I bought my Guinea Pig Ginger. He was the best! I finally felt a little happier because they needed me. 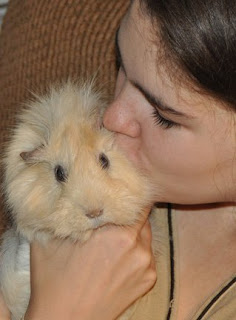 School finally got so bad that I dropped out my senior year. I didn't want to be around other students because I was sick and tired of being rejected and I would be lying if I said that I had never considered suicide. I've lost count of the times I thought about ending my life and the only thing that saved me was my Guinea Pigs. My mother hated them and I knew she would get rid of them. Worrying about what would happen to the pets is the only thing that saved me from attempting anything. I was happier at home, but I still wanted to finish school. Everyone else from my class graduated without me, but that year gave me time to think about my life and how I wanted to live it. I convinced my parents to let me get a dog when I was 18. My plan was to use the it as a therapy dog so I could go back to school and the dog would help with my anxiety. I picked up Oscar in August of 2005 and it was love at first sight. 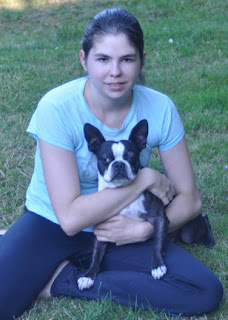 A month later I was home schooled for my senior year. I went to see my home school teacher once a week and I was able to take my adorable puppy with me. School work was so much easier when I wasn't always worrying about others would think of me and I finally loved school! That June I graduated and was happier than ever.


Flash forward 8 years and I have found someone who loves me for who I am. I am so glad that I never had the heart to kill myself. There are so many things I would never have accomplished and my family would have been miserable without me. 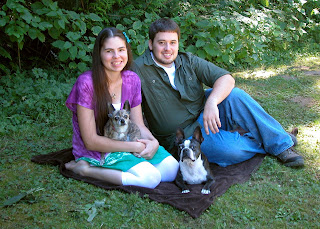 I was lucky because I had something, my pets, that was so dear to me that I just couldn't end my life, but there are so many others that don't feel they have anything to live for. This is why bullying has to stop! Kids shouldn't have to fear going to school because they get teased, made fun of, or physically and emotionally hurt. I hope that one day people won't be judged by who we are or what we look like. That will be a great day. Until then, I will continue to fight for those who don't feel they can stand up for themselves.


My life has changed forever because of what happened to me in my early years. I have taken what I have learned and have turned it into something wonderful with the help of Oscar the Boston Terrier and Sadie. It made me want to change the world one person at a time. I do this through Oscar and have a great time in the process. My hope is that you have taken what I posted today help to change the world too. 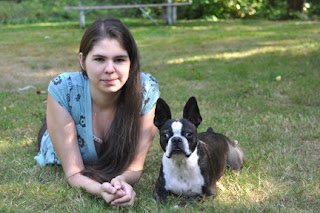 I am in the Top 50 Northwest Dog Blogs